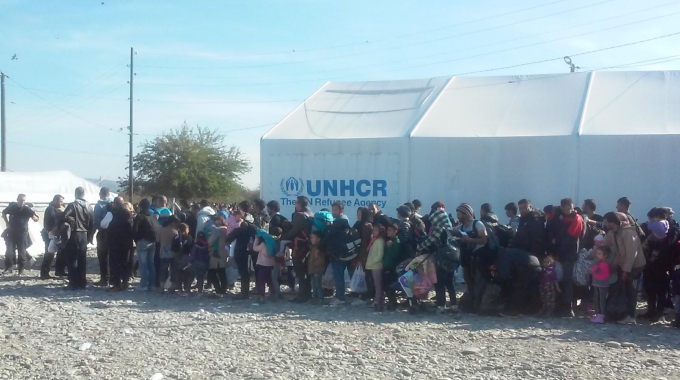 Worldwide disasters and crises happen very often and they are unpredictable.They can cause considerable distress to people, loss of life and significant economic repercussions. In a crisis,  the needs are to increase, and the institutions are unable to cope with the consequences of the crisis.

A refugee is someone who fears being persecuted for reasons of race, religion, nationality, membership of a particular social group or political opinion. A refugee is outside the country of his or her nationality, and is unable to, or unwilling to be protected by that country.

Refugees include individuals recognised under the 1951 Convention relating to the Status of Refugees; its 1967 Protocol; the 1969 OAU Convention Governing the Specific Aspects of Refugee Problems in Africa; those recognised in accordance with the UNHCR Statute; individuals granted complementary forms of protection; or those enjoying temporary protection. The refugee population also includes people in a refugee-like situation.

Asylum-seekers are individuals who have sought international protection and whose claims for refugee status have not yet been determined, irrespective of when they may have been lodged.

Internally displaced persons (IDPs) are people or groups of individuals who have been forced to leave their homes or places of habitual residence, in particular as a result of, or in order to avoid the effects of armed conflict, situations of generalised violence, violations of human rights, or natural or man-made disasters, and who have not crossed an international border.

Returned refugees are former refugees who have returned to their country of origin spontaneously or in an organised fashion but are yet to be fully integrated. Such return would normally only take place in conditions of safety and dignity.

Stateless persons are defined under international law as persons who are not considered as nationals by any State under the operation of its law.

Migration crisis in the Republic of Macedonia, 2015

The Government found a team based on a crisis management which should respond to the needs of migrants and refugees. Also, the Action plan was developed to respond to the situation. The challenge to provide adequate shelter, health care and humanitarian assistance is huge, not only for the state and local governments, but also for international and other social organizations.

There are two reception centers in Gevgelija and Tabanovce-Kumanovo, where migrants and refugees can get food, water, clothing, hygiene and medical care. All services are free, and they are provided by various national and international organizations, including NGOs.

The care in transit centers is provided by the Ministry of Health through health centers and general hospitals, as well as the Red Cross, and it is available 24/7. If it is necessary, the patients are transported to the nearest hospital.

The Institute of Public Health is actively involved in the draft version of the Action Plan, the work of the coordinating body for health and active monitoring of the situation. IPH is also involved in retrieving data from public health centers for infectious diseases, the quality of drinking water and activities for DDD.

State Food and Veterinary agency issue licenses and control the distribution of food. The local municipality take care of cleaning in the transit centers. 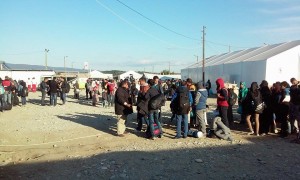 The health problems of refugees and migrants are similar to those of the rest of the population. The most frequent health problems facing newly arrived migrants include accidental injuries, hypothermia, burns, cardiovascular events, pregnancy- and delivery-related complications, diabetes and hypertension.

With the approaching winter season, we are particularly concerned about the increased vulnerability of refugees and migrants. When such populations sleep outdoors or in cold shelters at temperatures below 16 °C, they are more prone to suffer from hypothermia, frostbite and other health conditions. The most important actions to take to reduce exposure to cold are:

The key issue with regard to NCDs is the interruption of care, due either to lack of access or to the decimation of health-care systems and providers; displacement results in interruption of the continuous treatment that is crucial for chronic conditions. Lack of hygiene can lead to skin infections.

The refugee and migrant crisis of today clearly demands immediate action from the health sector and many other crucial actors. However, the inevitable enduring impact also demands that we support health systems with policies and programmes relevant to migrant health needs in the future. This will not only benefit those arriving in Europe but also protect the receiving population. I commit to working with countries to make migrant-sensitive health systems an attainable goal for the European Region, and I encourage Member States to similarly make this a focus and a priority.

Most patients do not want to go to the hospital because they want to leave the country as soon as can.

In the context of health policy framework “Health 2020″, WHO / Europe through the WHO Office in the Republic of Macedonia, provides vocational – technical assistance, assessing and supporting the capacity of the country to respond to health needs of refugees and migrants.

With an increasing number of refugees and migrants crossing the country, WHO / Europe and the Ministry of Health has stepped up their actions in order to adequately deal with the situation, and it includes:

In December 2015 WHO / Europe in collaboration with the Ministry of Health conducted a mission to assess the public – health facilities to respond to the crisis in order to identify gaps and opportunities and to make recommendations for future action. 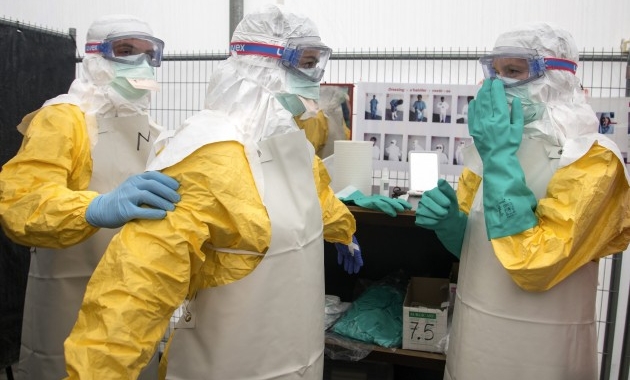