Peace as a factor to preserve health

The wars have major impact on the emergence of many social and medical problems of deteriorating health condition of the population because the population’s health drastically amends or deteriorates, affecting the population in general, without exceptions. Many factors act on the complex phenomenas such as: health, emerging diseases, the course and outcome, differences in temporal and territorial distribution of diseases.

Republic of Macedonia currently feels the refugee crisis or civil war, which two years devastate the Syrian Arab Republic. It is already been entered a phase in which none of the warring forces will not have regard for the of human’s life value.

The refugees are only transiting through Macedonia, but on the place, the Red Cross in cooperation with the High Commissioner for Refugees (UNHCR) and other partners and supporters, is included with seven mobile teams, providing two border crossings in Gevgelija and Tabanovce. The teams are made of doctors and members of the Red Cross, which have great first aid knowledge and which have control in their hands. The Mobile Units are 24 hours on the area.

The main goal of the preventive medicine is to promote health, to prevent the emergence and development of diseases, and during the war, it requires continuously a great effort and control of the health status of the population.

And in civil terms, the preparations for war contribute to deterioration of multiple aspects, large expenditures for armaments have a strong reflection of the economic situation, lifestyle, nutrition, and thus, the consequences for the population’s health.

Each year the International Day of Peace is celebrated around the world, on the September 21. The General Assembly declared this day, for strengthening the ideals of peace among all nations.

This year’s theme is “Partnership for Peace – dignity for all”, which aims to highlight the importance of all segments of society to work together and to exert peace. The United Nations’ work would not be possible without the initial partnerships that were active in its creation. Every year, thousands of partnerships between governments, civil society, private sector, religious groups and other non-governmental organizations that are required to support the organization in achieving its future purposes.

In 2001, the General Assembly unanimously adopted the Resolution 55/282, which declares September 21 as a day of non-violence and cease-fire.

“I call on all warring parties to lay down their weapons and observe a global ceasefire. To them I say: stop the killings and the destruction, and create space for lasting peace.”

UN Secretary-General Ban Ki-moon
healthpeaceworld day
Related Posts
INFORMATION on the situation of measles in the Republic of North Macedonia in 2018-2019, September 13, 2019
In the period from 07-13.09.2019 2 new cases of measles are reported, In total, since the… 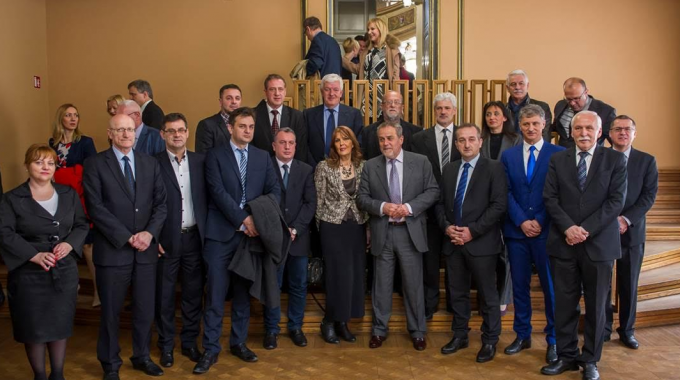 South East European Network for food safety and quality Control
In Zagreb on 30th March 2016 are established the foundations of the Network of Southeast…
INFORMATION on the situation of measles in the Republic of North Macedonia in 2018-2019, July 12, 2019
In the period from 06.07-12.07.2019,, a total of 10 cases of measles were reported. From the…
Search
Флаер за Коронавирус
nCoV
Recent Posts
Categories
Today is