In order to obtain relevant, standardized and comparable information on the state of antimicrobial resistance (AMR), in January 2013, with the support of the Ministry of Health – the Multisectoral Commission for Antimicrobial Resistance Control (AMR) and the WHO Office in Skopje, a monitoring system for AMR has been introduced in accordance with the methodology of the WHO “Central Asian and East European Antimicrobial Resistance Monitoring (CAESAR)”, which is compatible with the European Antimicrobial Monitoring Network resistance (EARS-Net). The CAESAR network provides a comprehensive system for monitoring the prevalence and trends of antimicrobial resistance to the target group of invasive bacteria (bacteria isolated from blood and liquor – primarily sterile samples). Its task is to link the national networks of non-EU countries, providing easy comparable data for all participating countries in CAESAR and EARS-Net. Isolates which are followed are almost certain etiological agents of infections (isolates of the blood culture and liquor): Staphylococcus aureus (MRSA); Streptococcus pneumoniae (Pen R – PRP); Escherichia coli (ESBL +, carbapenemasis +); Klebsiella pneumoniae (ESBL +, carbapenemasis +); E. faecium and faecalis (VRE); Pseudomonas aeruginosa (multiresistant); Acinetobater spp. (multiresistant).

The ultimate goal of this methodology is providing useful information about the current state of the isolated pathogens – a guide in the medical practice for the treatment and control of various infectious diseases at the national level, which is of great importance for empirical therapy. The process in the Republic of Macedonia is organized and implemented by the national CAESAR team from 2013.

Meeting of the National Coordinators in the countries – candidates for EU membership
Closer to ECDC - IPA3 cooperation with ECDC in future Delegation consisted of Ass. Dr.… 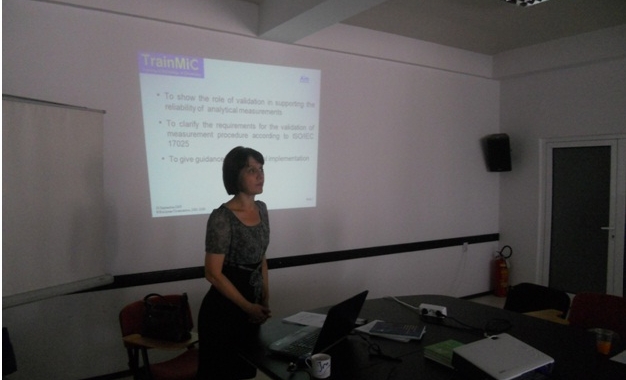 TrainMiC in Macedonia
On September 19, 2014 at the Institute of Public Health was held TrainMiC, first workshop…
Search
ИНФОРМАЦИИ ЗА COVID-19