Melanoma is the most serious, malignant cancer of the skin and mucous membranes. It spreads very quickly by lymphatic and blood to other parts of the body and then his treatment is more difficult, a outcome can be fatal. Melanoma originates from melanocytes, cells that produce melanin, the pigment that gives color to skin, hair and eyes. In the skin, melanocytes are located between basal cells of the basal membrane, producing a protective melanin. Mostly, melanomas are brown or black, but may sometimes be of skin color, red, pink, blue or white. 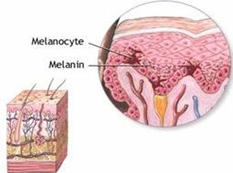 Melanomas often arise from existing moles directly from the skin. Risk for the occurrence of melanoma exists if is repeatedly traumatized or if the localization is constantly exposed to friction (by bra, button, belt, clothes edge during shaving, etc.). There are four subtypes of melanoma: Superficial spreading melanoma , nodular melanoma , lentigo maligna melanoma and Acral lentiginous melanoma .

Melanoma can occur in all parts of the body, such as the parts that are constantly exposed to the sun, and the parts that are protected by clothing. In men melanoma occurs most commonly on the body, while in women, usually occurs on the back and legs. Subtype of malignancy can affect where the tumor will develop; lentigo melanoma is more common on the face, while the acral melanoma is more common on the hands, feet or nails.

In Europe annually it affects approximately 14 people per 100 000 population. Women in Europe are diagnosed with melanoma more frequently than men, while in the US it affects men and women equally. Numerous studies show that women with melanoma have a better survival rate than men. The reason for this is probably that women pay more attention to their appearance, earlier notice changes in skin before consult a doctor. From this it can be concluded that a key factor for a good prognosis is early detection of melanoma. Melanoma usually occurs in fifty years of life than lentigo maligna melanoma – a type of melanoma which primarily occurs in the seventh decade of life, most commonly the skin long exposed to the sun (face, hands).

Melanoma occurs mainly in Caucasians, while the black and yellow race is quite rare. Most widespread is in Australia and countries with higher levels of solar radiation.

People with melanoma have a higher risk of developing another primary melanoma compared to other people of the population. Also, people who previously had another malignant tumor of the skin have a greater chance of developing melanoma.

Although there are numerous risk factors, skin cancer is usually caused by UV radiation from the sun. Excessive exposure to this radiation is the most common cause of all forms of skin cancer.

Two main types of UV radiation to which we are exposed penetrate the skin at different depths. Excessive exposure to the sun’s rays will start to damage DNA and tissue. At best, this causes premature aging and wrinkles. At worst, this leads to permanent skin damage and, ultimately, to skin cancer.

Limited exposure to sunlight is beneficial to all. UV-B rays stimulate the production of vitamin D3, which is important for good health, proper growth and strong bones. However, only a small dose of sun daily is all that is required.

While, on the one hand the sun makes us feel good (hence the popularity of tanning), on the other hand the damage that the sun makes to skin and body exceeds the short-term benefits such as good mood.

Skin damage from the sun is permanent. While burns may disappear, the major changes of the skin remain. Each subsequent period of prolonged exposure does more harm to already weakened local immune system and genetic material of the skin.

There are three main types of UV rays from the sun. The most dangerous UV-C rays are completely absorbed by the ozone layer. The remaining two types, UV-A and UV-B have different effects on the human body.

What is the UV Index (UVI)?

What causes (risk factors) the occurrence of melanoma?

Risk factors for the occurrence of melanoma:

How to recognize danger signs?

The risk of developing skin cancer is often associated with our genes. All individuals should take precautions and once a year to go to a dermatologist. Melanoma often is not recognized at first glance because it is difficult to distinguish from ordinary moles and other benign tumors.

To set the early diagnosis of melanoma using a rule-ABCDE. Changing is doubtful if is asymmetrical (A), no clear boundaries (B), if the color is changing (C), if the diameter is greater than 6 mm (D). Evolution (E) (also – elevation) as a change of color, size, shape, surface elevation and symptoms such as itching or bleeding major signs of malignancy. Also, the emergence of new changes in the skin of healthy individuals older than 40 years are considered suspicious in which case you should consult a dermatologist.

The use of safety means does not include the basic precautions that should be taken during sun exposure: 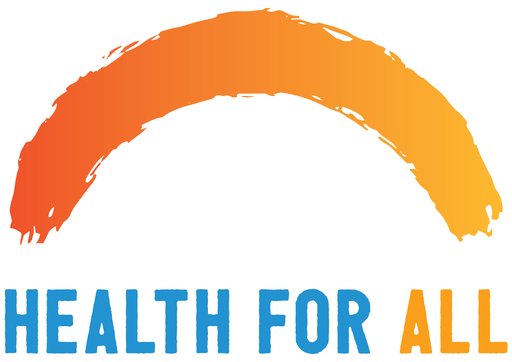 World Health Day 2018
Campaign Essentials “Health is a human right. No one should get sick or die just…
INFORMATION on the situation of measles in the Republic of North Macedonia in 2018-2019, October 18, 2019
In the period from 11-18.10.2019  no new cases of measles were reported, In total, since the…
Search
ИНФОРМАЦИИ ЗА COVID-19