Regarding the distribution of patients by age groups, the largest number of cases this week have been reported in the age group of 15-64 years (818 cases) and the highest incidence is registered in the age group, from 0-4 years. (I=97,3/100.000) 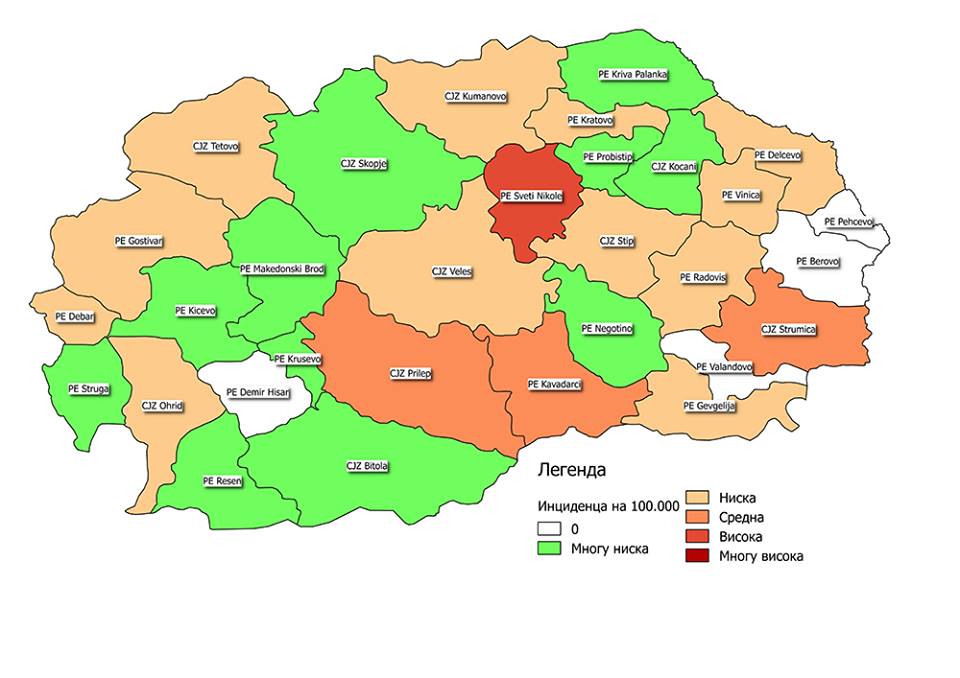 Based on the data provided to EuroMOMO, mortality has increased over the past weeks, in some countries.

Related Posts
Information
On December 20, 2017 Ass. Director Shaban Memeti and Prof. Dr. Lothar H. Wieler signed…
SITUATION WITH INFLUENZA IN MACEDONIA, season 2018/2019 (week 50 up to 16.12.2018)
During the 50thweek of 2018, (10.12.2018 – 16.12.2018) the Republic of Macedonia registered 209influenza cases/flu-like…
Fifth meeting of the Emergency Committee under the International Health Regulations (2005) regarding microcephaly, other neurological disorders and Zika virus
WHO statement 18 November 2016 The fifth meeting of the Emergency Committee (EC) on Zika…
Search
ИНФОРМАЦИИ ЗА COVID-19