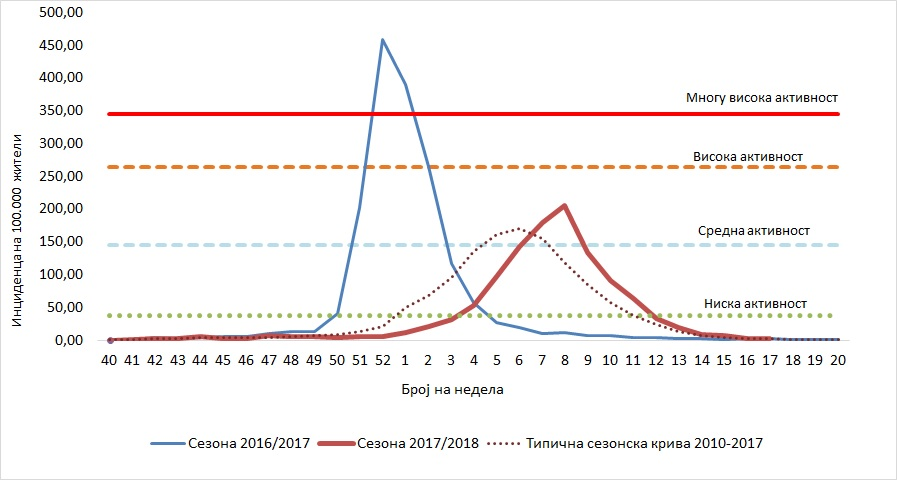 Regarding the distribution of patients by age groups, the largest number of cases this week have been reported in the age group of 15-64 years (32 cases) and the highest incidence is registered in the age group, from over 65 years. (I=10,4/100.000), with n=12 cases.

During this week the laboratory for virology of IPH has received 2 samples, materials for laboratory diagnostics, both negative for the presence of influenza virus. Since the beginning of the season 2017/2018, the laboratory received 479 materials, of which, 242 are positive (50.5%) for the presence of the influenza virus, 69% Influenza B (88% Yamagata, 5% Victoria and 7% non-subtyped.) and 31% Influenza A (of which 80% are A(H1N1)pdm09 and 20% are non sub-typed.) (chart 2) 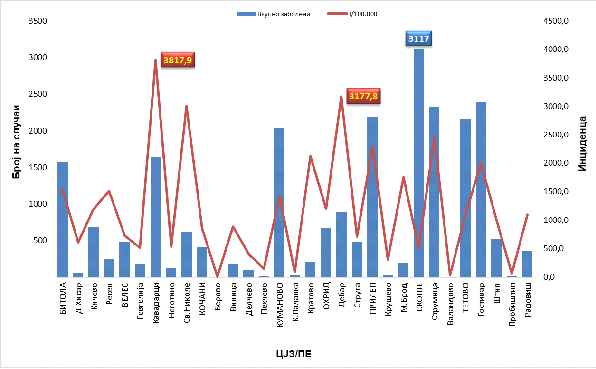 This week, 26% samples were confirmed as positive, with the common circulation of Influenza A and Influenza B virus although most of the laboratory confirmed viruses belong to Influenza B.  B / Yamagata type is dominated by the registered Influenza B viruses, but this type is not included in the trivalent vaccine for this season.