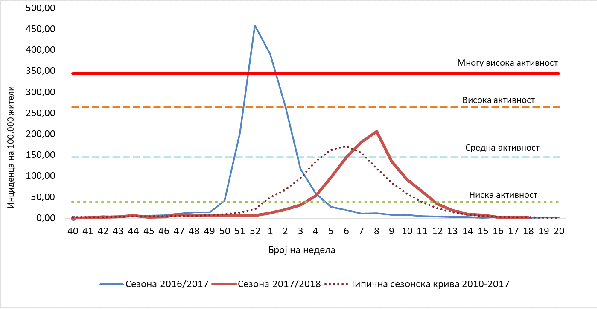 Regarding the distribution of patients by age groups, the largest number of cases this week have been reported in the age group of 15-64 years (15 cases) and the highest incidence is registered in the age group, over 65 years. (I=1.9/100.000), with n=5 cases. 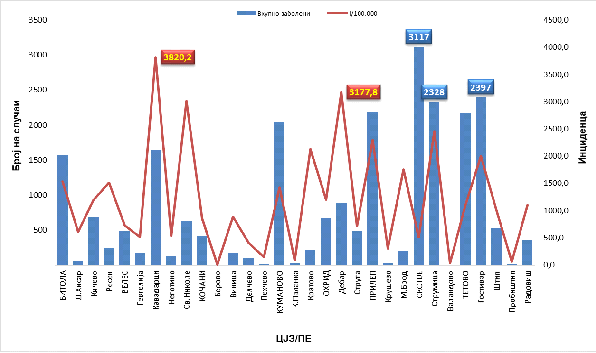 This week, 11% samples were confirmed as positive, with the common circulation of Influenza A and Influenza B virus although most of the laboratory confirmed viruses belong to Influenza B.  B / Yamagata type is dominated by the registered Influenza B viruses, but this type is not included in the trivalent vaccine for this season.

The situation is common for this time of year. Low to medium  intensity of activity is registered in european countries

Related Posts
March 12 – World Kidney Day
World Kidney Day is celebrated every second Thursday in March, and its mission is to…
International Day for the Eradication of Poverty – 17 October
Poverty eradication According to UN estimates, there are more than 2.2 billion people in the…
INFORMATION on the situation of measles in the Republic of North Macedonia in 2018-2019, August 23 , 2019
In the period from 17,08-.23,08.2019,, 1 case of measles is reported. From Strumica. During this…
Search
ИНФОРМАЦИИ ЗА COVID-19