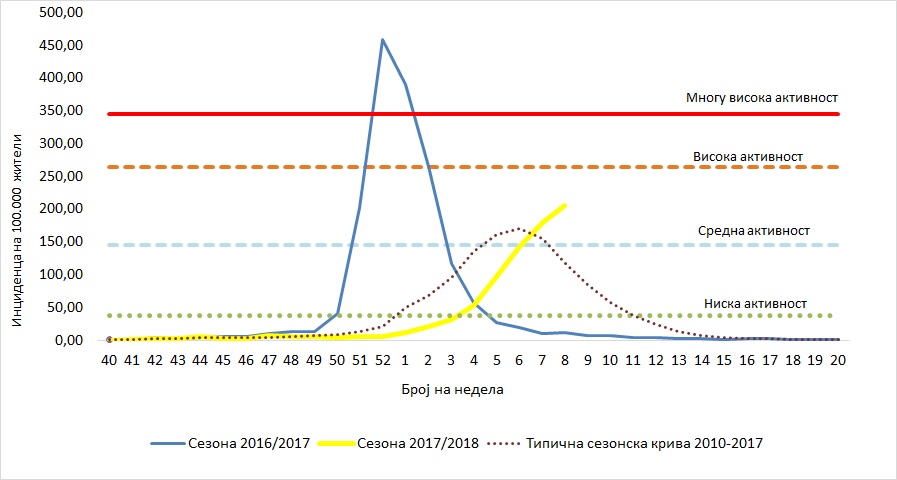 Regarding the distribution of patients by age groups, the largest number of cases this week have been reported in the age group of 15-64 years (2498 cases) and the highest incidence is registered in the age group, children from 5-14 years. (I=419.1/100.000 ) 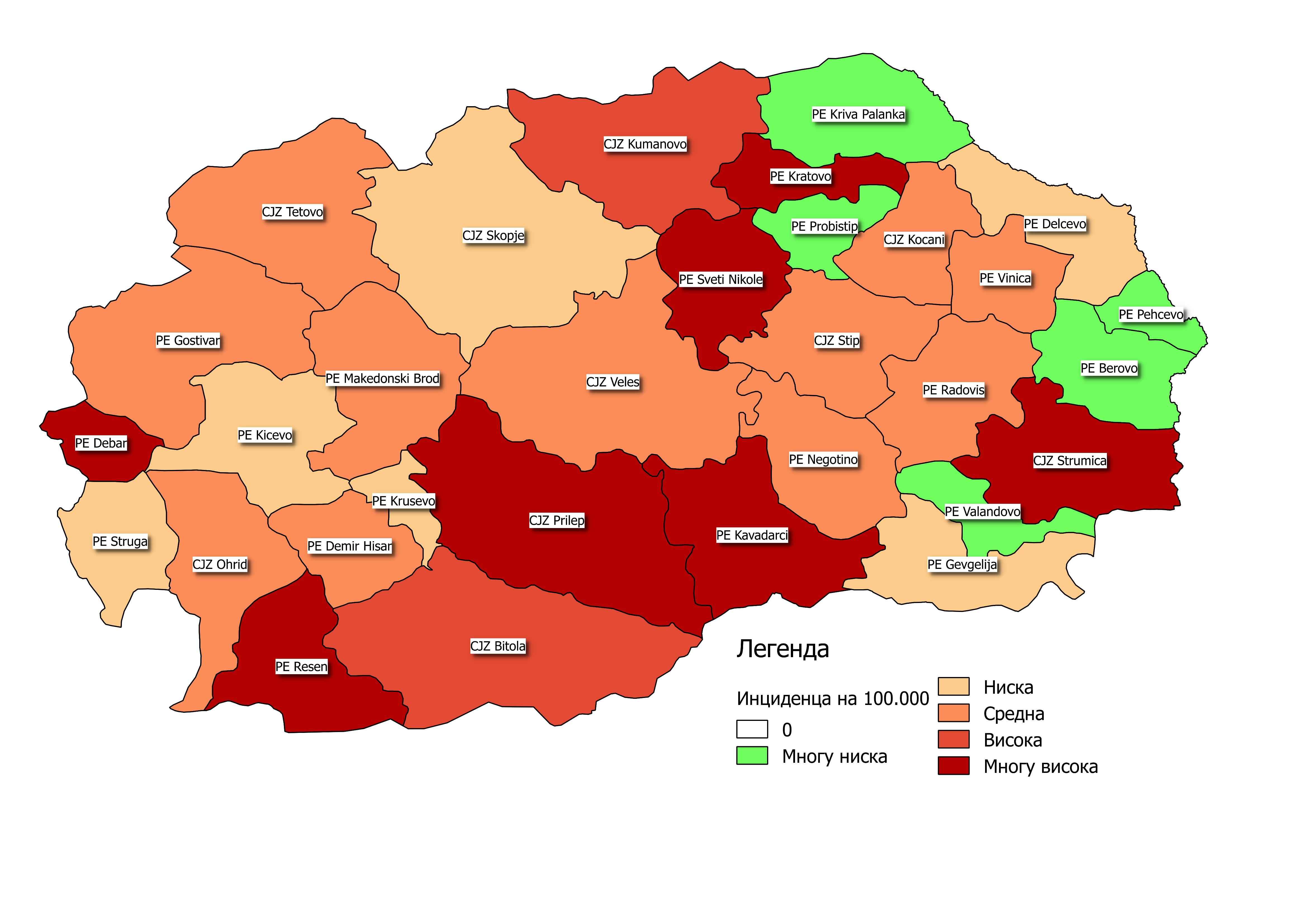 During this week the laboratory for virology of IPH has received 64 samples, materials for laboratory diagnostics. 43 samples(67.2%) are positive for the presence of influenza virus, subtyped as 29 Influenza B (Yamagata) and 9 Influenza A(H1N1)pdm. and 3 is Influenza A non-subtyped and 2 Influenza non-subtyped 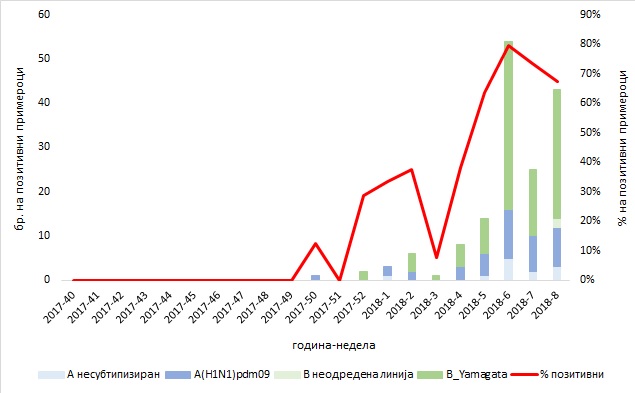 According to records presented in Flu News Europe, the activity of influenza virus in Europe is widespread, The situation is common for this time of year. In terms of geographical distribution, 5 countries are sporadic, 4 local, 5 regional and 30 widespread.
Low intensity of activity is registered in 9 countries, medium 23, high – 10 countries, and in 2 (Luxembourg, Albania) there is a very high intensity of activity of the influenza virus.

Related Posts
Universal health coverage
Universal health coverage (UHC) is about ensuring all people and communities have access to quality…
INFORMATION on the situation of measles in the Republic of North Macedonia in 2018-2019, March 29, 2019
A summary of the epidemiological situation of measles in North Macedonia In the period 23.03-29.03.2019,…
5 causes of death in the future
In the future, as the main cause of death are accidents, which are also located…
Search
ИНФОРМАЦИИ ЗА COVID-19