Each year, the World Tuberculosis Day is commemorated on March 24th in order to raise public awareness of the devastating health, social and economic consequences of tuberculosis and to increase efforts to end the global tuberculosis epidemic (TB).

The date March 24 marks the day in 1882, when Dr. Robert Koch announced he had discovered the tuberculosis-causing bacterium that paved the way for diagnosing and treating this disease. Despite significant progress, over the last decades, TB continues to be one of the leading causes of death among infectious diseases, with some 4500 deaths per day.

and around 30,000 suffer from this disease that can be treated and prevented. Global efforts to combat tuberculosis saved about 54 million lives by 2000 and reduced tuberculosis mortality by 42%.

This year’s World Tuberculosis Day is celebrated under the motto: “It’s Time!”, Which puts emphasis on the urgency to act according to the commitments of global leaders for:

World Day of TB is an opportunity for all people around the world to join the fight by educating others against TB and urging governments to take action, to “Unite to End TB” campaign for World TB Day. WHO will place a special focus on uniting efforts to “Leave No One Behind”,

Objectives of the Global Strategy for TB prevention, care and control from 2015 to 2025

Tuberculosis most affects adults in the most productive years. However, all age groups are at risk. Over 95% of cases and deaths occur in developing countries.

The use of tobacco greatly increases the risk of tuberculosis and death.

Situation in the Republic of North Macedonia

In 2018 in the Republic of North Macedonia is registered the incidence of active tuberculosis from 10,5 per 100 000 inhabitants or 217 newly infected cases, while in 2013 the incidence was 15.7 per 100 000 inhabitants or 323 newly infected with TB. In the analysed period from 2010-2018, the rate of incidence, as well as the prevalence rate shows a downward trend. Macedonia is among the countries with a low incidence in the European region. (Chart 2)

Preventing the spread of TB is possible by treating new cases of tuberculosis according to standard modes of treatment recommended by the World Health Organization.

Purchase of first-line antituberculotics for the treatment of newly registered cases of tuberculosis. This activity aims to prevent the spread of tuberculosis by treating newly discovered cases.

A significant contribution to the promotion of care and treatment of vulnerable categories such as persons with Hepatitis C or persons with HIV / AIDS, as well as advanced conditions for timely diagnosis and early treatment are measures and activities that severely reduce the possibility of further transmission of the HIV virus.

Physical activity is of great importance, practicing at least 3 to 4 times a week. Involving cardio exercises, such as swimming, running or rowing. Avoiding bad habits such as: alcohol, tobacco and drugs. Maintain personal hygiene, and most importantly, spend as much time as possible on clean fresh air, mountain, etc.

The best preventive measure is proper and timely treatment of every case of tuberculosis which interrupts the chain of infection spreading. 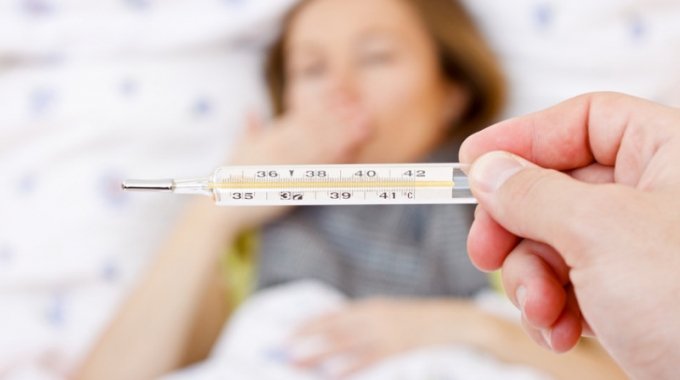