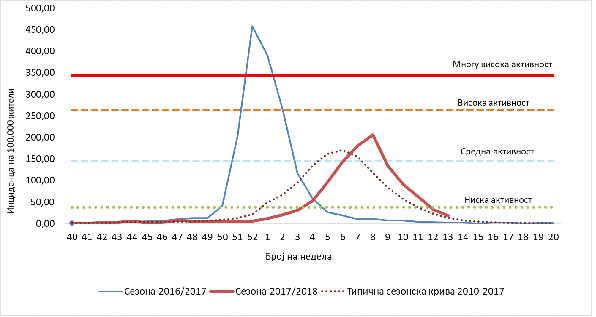 Regarding the distribution of patients by age groups, the largest number of cases this week have been reported in the age group of 15-64 years (124 cases) and the highest incidence is registered in the age group, from 0-4 years. (I=14.6/100.000), with n=17 cases 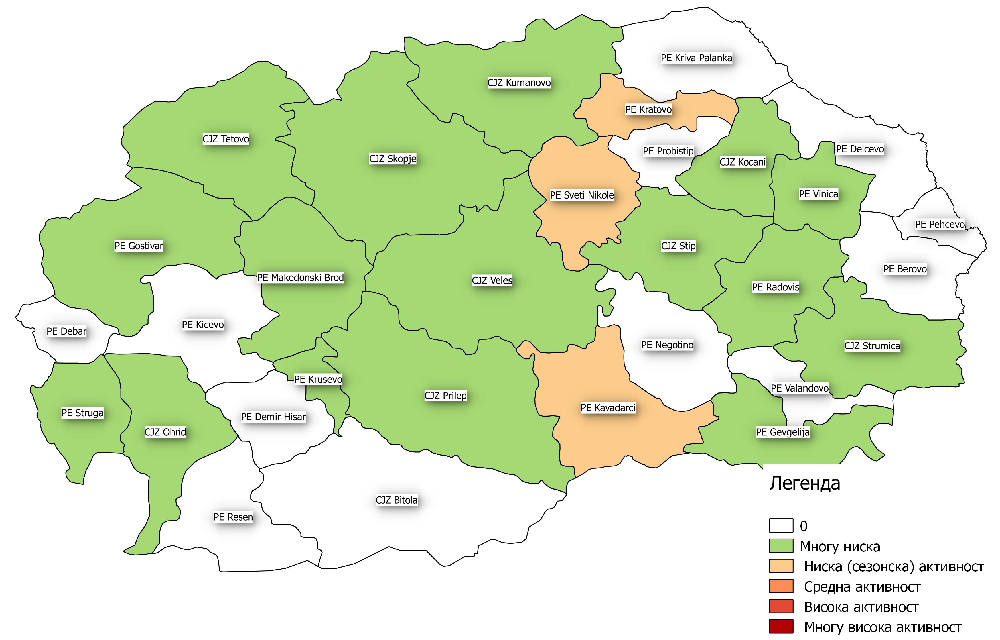 During this week the laboratory for virology of IPH has received 8 samples, materials for laboratory diagnostics. 3 samples(37.5%) are positive for the presence of influenza virus, subtyped as: 2 are Influenza A (1 А(H1N1)pdm09 and 1 non subtyped), and 1 is Influenza B

This week, 35% samples were confirmed as positive, with the common circulation of Influenza A and Influenza B virus although most of the laboratory confirmed viruses belong to Influenza B.  B / Yamagata type is dominated by the registered Influenza B viruses, but this type is not included in the trivalent vaccine for this season.

The situation is common for this time of year. Low intensity of activity is registered in 33 countries, medium 12. In terms of geographical distribution, 16 countries are sporadic, 6 local, 6 regional and 14 widespread and 3 don’t have any activity