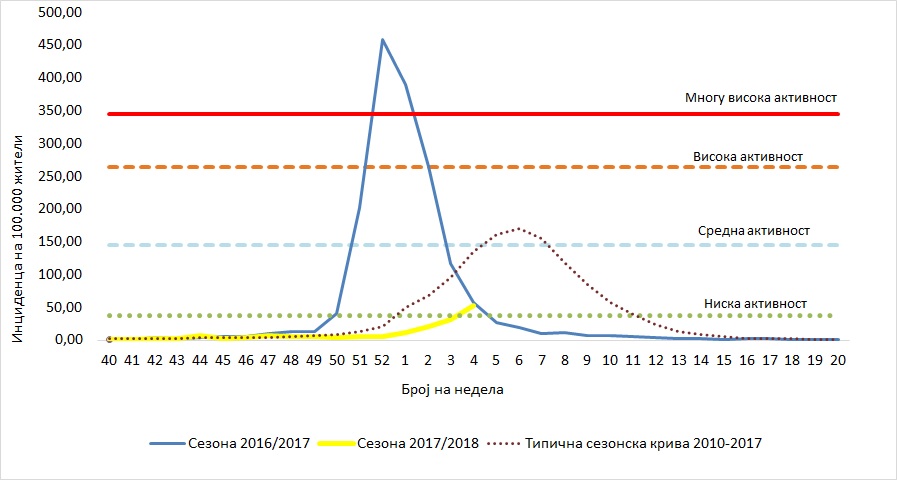 Regarding the distribution of patients by age groups, the largest number of cases this week have been reported in the age group of 15-64 years (699 cases) and the highest incidence is registered in the age group, children from 5-14 years. (I=71.7/100.000 ) 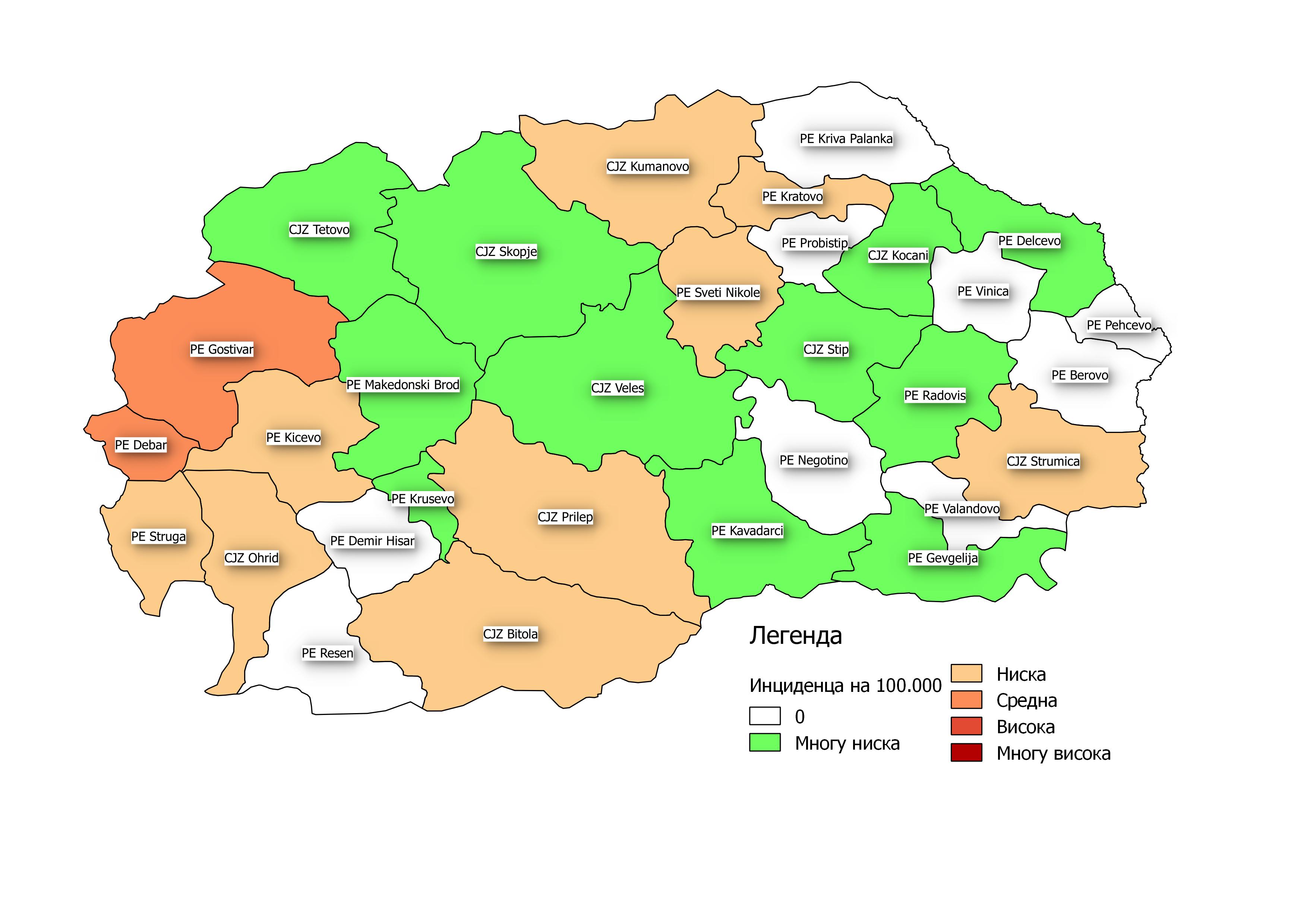 During this week the laboratory for virology of IPH has received 21 samples, materials for laboratory diagnostics. Eight samples are positive for the presence of influenza virus, subtyped as 5 Influenza B (Yamagata) and 3 Influenza A(H1N1)pdm.

Related Posts
September 29 – WORLD HEART DAY 2017
Cardiovascular diseases are the leading cause of death globally, they cause more deaths than all…
SITUATION WITH INFLUENZA IN MACEDONIA, season 2018/2019 (week 52 up to 30.12.2018)
During the 52nd week of 2018, (24.12-30.12.2018) the Republic of Macedonia registered 202 influenza cases/flu-like…
Health conditions for travellers to Saudi Arabia for the pilgrimage to Mecca (Hajj), 2016
This publication in the Weekly Epidemiological Record is to inform visitors of the full requirements…
Search
ИНФОРМАЦИИ ЗА COVID-19